Overton County Schools Kindergarten Registration will be held on April 6th. It will be by phone only. Parents/Guardians will need to call the school that their child will attend.

Wilson Elementary is the youngest of all the schools in Overton County. School started at Wilson Elementary on Jan. 2, 1966. The first year’s enrollment was 304, with the faculty of 10 teachers. Millard Harris was the principal of Wilson during that part of the school year from January to May of 1966. The rumor of a consolidation of schools for the mountain area was heard first in the late fifties and early sixties. The people of the mountain thought of this as only a rumor, because they could not visualize all the smaller communities losing their schools. The emotions were very mixed about the school; as to whether this would be best for the children. The greatest problem of the school was the site for the school building. All eight communities involved wanted the school; but only once could received the school.
The location of the school was decided to be in the Green Pond Community. This was the midpoint between the communities. Eight acres of land was purchased from Fletcher Norrod to build the school. IN September of 1962 the board decided to erect a one-story eleven classroom building on the mountain at the cost of $254, 100. The board member for the district at this time was Clyde Wilson. The superintendent of schools was Illard Hunter. The chairman of the building project was Wynn F. Easterly. The school received its name from Clyde Wilson and thus was named Wilson Elementary.
The schools that were consolidated ware as follows: Anderson Elementary which was taught the last year by Mrs. Claudie Phillips and the enrollment was 28. Mrs. Phillips had grades 1-8. The community of Anderson received its name from John Anderson who built the first school there in 1880. Crawford Elementary was taught by Mrs. Gladys Harris and George L. Harris. Gladys Harris had grades 1-4 and 39 students in her room. George L. Harris taught grades 5-8 and also, had an enrollment of 39 students. The community of Crawford was named after Leonard Crawford, a surveyor for the mining companies in that area. He was one of the first settlers in that community. Crossroads Elementary was taught by Mr. Millard Harris. The enrollment was 44. Mr. Harris had grades 1-8. Crossroads is named for the two roads that cross in the very middle of the community. The settling of this area was because of the Peacock mines located nearby. Hanging Limb Elementary was taught by Mrs. Elizabeth Norrod and Billy Joe Officer. Mrs. Norrod taught grades 5-8 and the enrollment was 25. Officer taught grades 1-4 and his enrollment was 33. Hanging Limb received its name from a large tree that stood near a watering hole. The tree had a huge limb on which people hung saddles and saddle bags. Lovejoy Elementary was taught by Mrs. Mildred Neely, the enrollment was 35 in grades 1-8. Lovejoy was named for a man who worked a switch yard. Thus the community was named Lovejoy for him. Mineral Springs Elementary was taught by James Webb and Mrs. Hattie Mae Bowman. Webb had grades 5-8and an enrollment of 29. Bowman had grades 1-4 and an enrollment of 30. The community received its name from a spring located on Bruce McDonald’s property. The spring was thought ot have mineral values which would be healthy. Vines Ridge Elementary was taught by Larry Looper, grades 1-8, with an enrollment of 26. In the 1800’s Alvis Miller named Vines Ridge for a long ridge where many vines grew. Twin Elementary was not one of the schools combined with the other seven that December. Twin was closed in May of 1965. The children went to Crawford Elementary and Alpine Elementary. The last teacher at Twin was Mrs. Phyllis Davidson. She taught grades 1-8 and had an enrollment of 17. Twin received its name from the mines that the Brior Hill Collier Coal Co. opened up in 1913. The company opened two mines side by side, thus the area was named Twin.
The following are a list of principals at Wilson Elementary School: Millard Harris 1966, Howard Webb 1966-1967, George L. Harris 1967-1968, Troy Crabtree 1968-1969, James Harris 1969-1970, George L Harris 1971-1972, David Brown 1971-1973, Sam Hoskins 1973-1975, Scott Trevathan 1975-1977, John Ridgell 1977-1979, Thomas Boyd 1980, Ray Franklin 1981-1984, Joe Gore1984-1989 , James Bilbrey 1989-1990, Alice Reed 1990- 2002, Harold Watson 2002-2008, Terry Webb 2008-2009, Christy Lee 2009-2010, Melissa Palk 2010 to 2012, Derek Zachary 2012 to 2014, Susan Bryant 2014 to 2015, Ashley Fisher 2015 to present.
Read More About Us

The mission of Wilson Elementary School is to provide positive, appropriate learning opportunities for each student regardless of social, cultural, economic, or intellectual status.  These opportunities shall foster the development of basic values, good citizenship, and a strong sense of self-worth to enable students to be productive citizens in a rapidly changing world.
To that end, Wilson Elementary seeks to enhance learning by supporting:
A competent and caring staff who strives to teach by example
A creative, comprehensive, and effective curriculum
A safe, orderly, and stimulating environment
An informed and collaborative community
Wilson Elementary pledges its commitment to developing all human resources to their fullest potential recognizing that educational excellence depends upon individual success.  Quality education depends upon collaborative commitment.
Read More Mission Statement 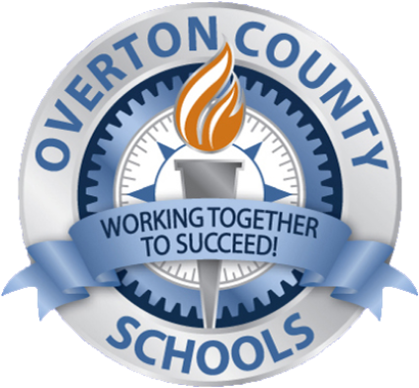 Overton County Schools Kindergarten Registration will be held on April 6th. It will be by phone only. Parents/Guardians will need to call the school that their child will attend.

Beginning Monday, March 30th, Meals will be served for any citizen 18 years and younger at the locations below. We will only be serving on Monday, Wednesday, and Friday for the next several weeks. Students will receive two breakfasts and two lunches on Monday and Wednesday. On Friday students/children will get meals for Friday. Meals are served at the schools from 8:00 am – 8:45 a.m. At the designated sites where a bus is delivering meals, they will be served from 9:00-9:45 a.m. All meals are free!
Show All News